I’ve gone Coast to Coast  to in the USA on a Street Glide twice and always really rated the bike as a great “Swiss army tool” of a bike especially for the solo tourer. I’ve previously done a comparison of the then current model with it’s rival the Indian Chieftain (having done the same trip twice on that as well), and while the Indian won out in a couple areas, not least power and handling, overall there was very little to choose between the two. So how does the new Milwaukee 8 version stack up? Well a close to 4,000 mile road trip on it would be a good test.

If you haven’t seen my photo journal article on the 14 day trip I did on this bike from Chicago to Biketoberfest in Daytona, check it out here. 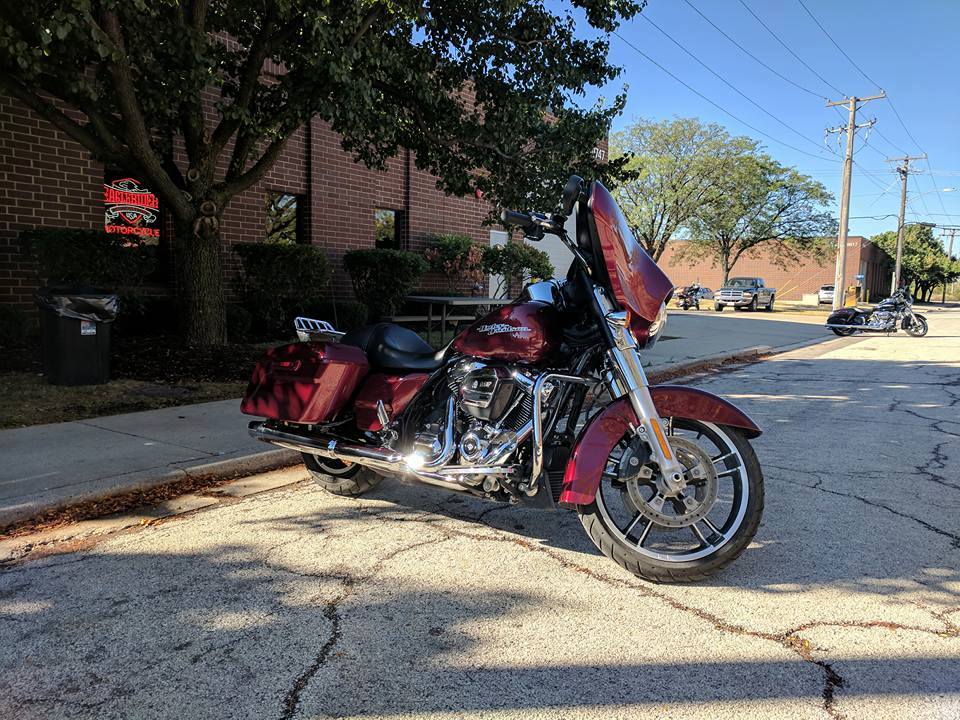 Maybe I’m just lucky but the new M8 Street Glide is a perfect fit for me at around 5’8”. Reach to bars is perfect for natural riding position and the seat is genuinely all-day comfortable. I put in a 450 mile day on most recent trip with no discomfort. The screen is high enough for me to get no buffering or discomfort in an open face helmet although taller riders may disagree. Controls are all reasonably placed and easy to use. The two panniers and a tail rack are more than ample for two weeks touring. I use one pannier for waterproofs etc., one for my helmet bag with sundries and a 25 Litre rollbag on the rack.

The Milwaukee 8 is what one could call “a great leap forward”. I’m sure some die hard Harley fans will disagree but for those who think of the Harley as agricultural you should try one of these. Even in stock factory guise, the motor pulls smoothly right through the engine range and easily surpasses the old motor. You can roll on from about 40 mph in top gear and it won’t struggle at all.. In fact I rode with some guys all on Screaming Eagle 110 equipped bikes with uprated suspension and the Glide stuck with them the whole time. The suspension has been upgraded and, while no sports bike through tight twisties, many will be surprised just how agile it is for such a long bike. I rode the Tail of the Dragon and at no time felt the mid corner “flex” that I have on the older model. I believe the new bike to be lighter than the outgoing also. 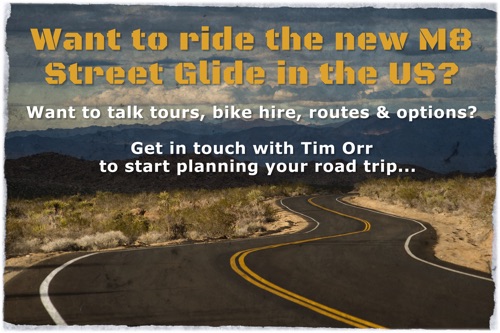 The Street Glide comes equipped with enough goodies to keep most people happy, decent radio system that you can connect to through both Bluetooth or the dash mounted pod which contains a USB connector. Cruise control, which again is a big improvement on the previous model, abs etc. are all there.

As I said at the start the Street Glide has always been a great solo tourer and with the new version Harley Davidson have raised that bar that others solo tourers / baggers need to aim for. For any similar road trip in the future it would be without a doubt my number one choice of motorcycle and I would recommend it to anyone contemplating similar.

Will be interesting to see how Indian et al respond. 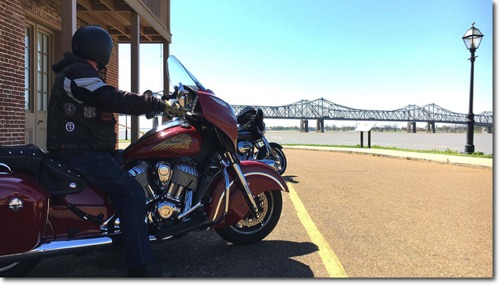 “…having spent many hours riding on both bikes, it’s not so clear cut…”

Take a look at my photo journal article on the 14 day trip I did on the
new Street Glide from Chicago to Biketoberfest in Daytona.